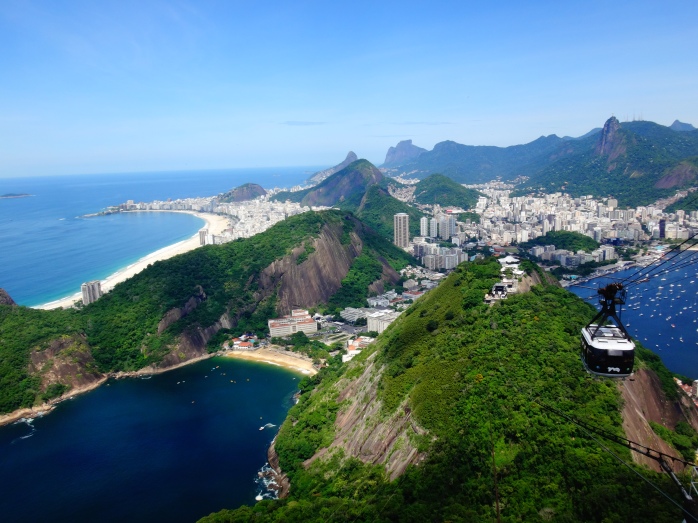 Please note that from now on I am writing these posts with my tablet… and will do my best to catch typos but may not be able to write some special caracters!

After quite a long day of transit (thanks East Coast for 2 hours of de-icing and taxiing our plane in Washington!) we finally made it all the way down to Sao Paulo, Brazil on February 16th. I think I was somehow confused about the time zone and was surprised I actually had a 6hours time change to face at arrival!

Good thing though our driver was waiting for us, as planned, at the airport with a nice sign with my name on it! He didn`t speak any English, but only Portuguese and Spanish… So Spanish it was! We had a nice chat during our 45min drive back to our hostel in Vila Madalena, an artist district of the city. I was even able to create quite a funny moment when the driver asked us if we were ‘’single or married’’, to which I answered by pointing the two of us and asking ‘’us’’?? And ensued a 2 minutes of him trying to explain he wouldn’t mind it but that he meant if we were married to men back home… All in Spanish, thank you very much!

Our first half-day in Sao Paulo was quite laid back. We walked around the district near the hostel and prepared for our departure early the next morning to catch the GOL Shuttle flight between Sao Paulo and Rio de Janeiro. 2 hours total including airport and fight time for about the same price as 6hrs bus ride… no question asked!
Our first day in Rio was… sweaty and warm! Around 40C and sunny! Halleujiah for cold showers and mini-bikinis! Today I understood the real meaning of ‘’brazilian waxing’’… Anyways, we spent our afternoon at the beach and any small corner of our skin that did not get sunscreen is reminding us about it tonight!

There seems to be a lot of Brazilians travelling in Rio – which means that more than half of the people in the hostel speaks only Portuguese… which makes for some interesting conversations (or not!). In the next few days we will try to do some sightseeing and spend time at the beach… it’s my vacation after all !

On our second day we went to visit the famous Pao de Azucar (Sugar Loaf). We walked a good 45min under a deadly sun and 40C through Leme district to reach the ‘teleferico’ and go up the 2 lifts. It was a gorgeous view from the top and really interesting to learn about the city of Rio and the older lift system. It was 71R$ for the tickets round-trip. I have to admit Rio reminds me a lot of Vancouver, in some ways… 30 degrees warmer! 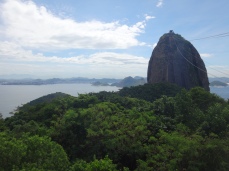 We finished the day back again at the beach after drinking some fresh coco! We had our first hostel challenge tonight when a power outage hit the neibourhood. Shower in the dark take one!

I will update my next activities in the next few days!